This review was originally published on UltraLinx on October 6, 2014. 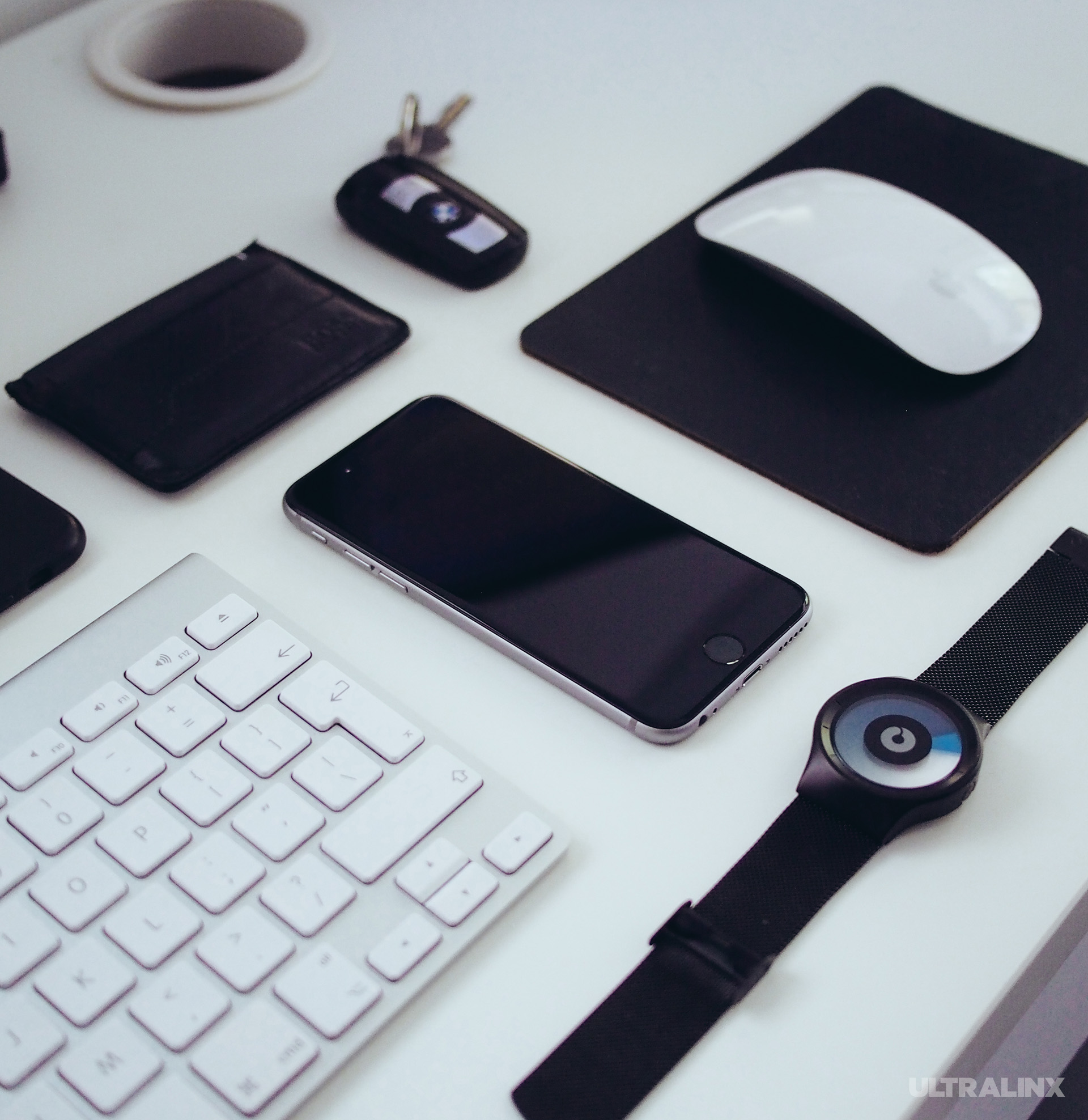 Another year, another iPhone. Though I’ll admit I was pretty surprised by two new iPhones, I think everyone was expecting a larger one though.

I like to write my reviews very personally so if you’re looking for a detailed review of every aspect of the iPhone, you’re much better off reading Anandtech’s iPhone 6 review. 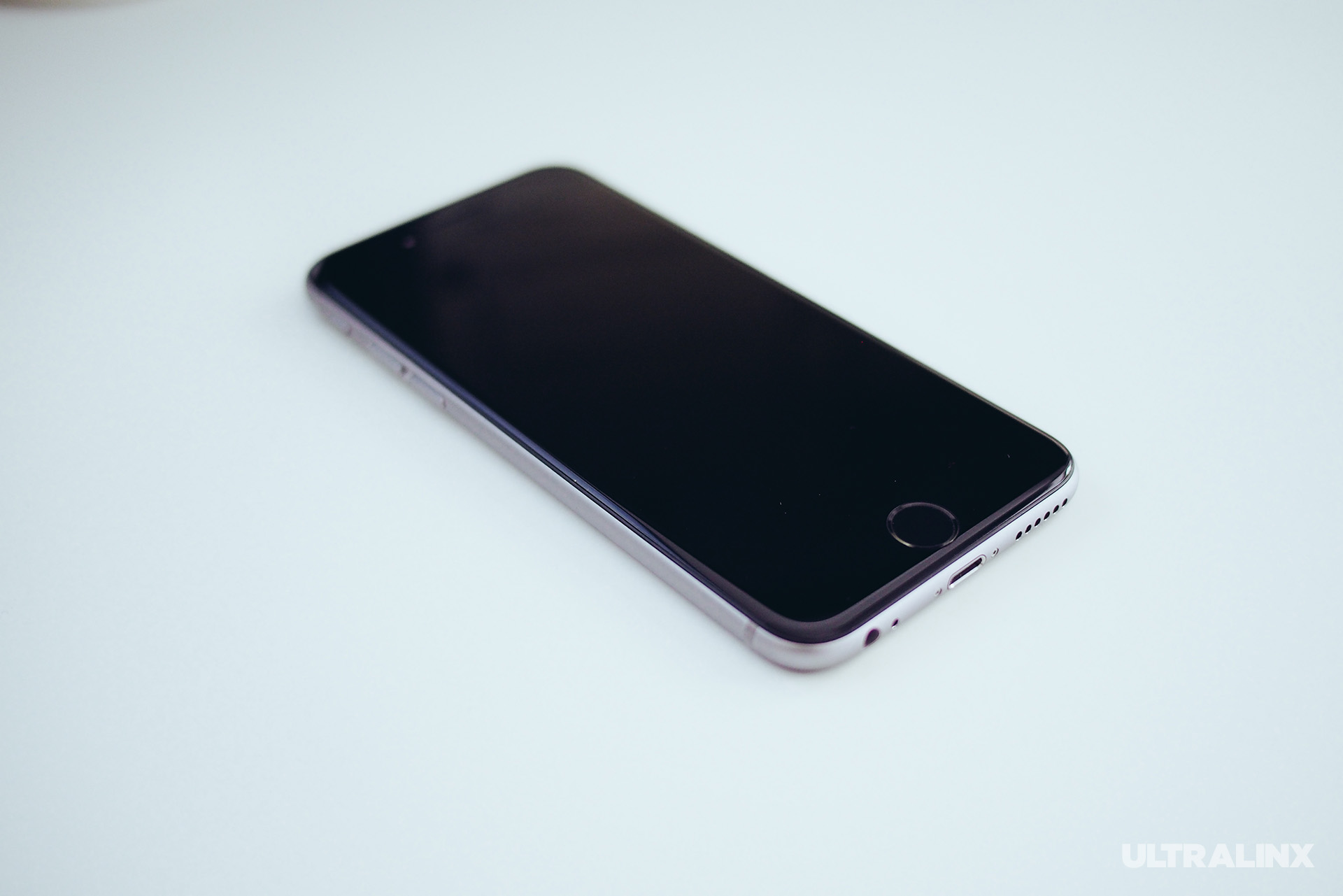 I ended up opting for the 6. The 6 Plus was just way too big for my needs. I already have an iPad Mini retina too so there really was no need for a phablet. But the larger battery did tempt me.

Apple have gotten so confident with their iPhone that they have altogether stopped putting a render of the device on the box. All that’s on the box are the words ‘iPhone’. Apple have also seemed to move away from putting numbers on the box, not something many notice at first. Could Apple be removing numbers from the iPhone in the future? 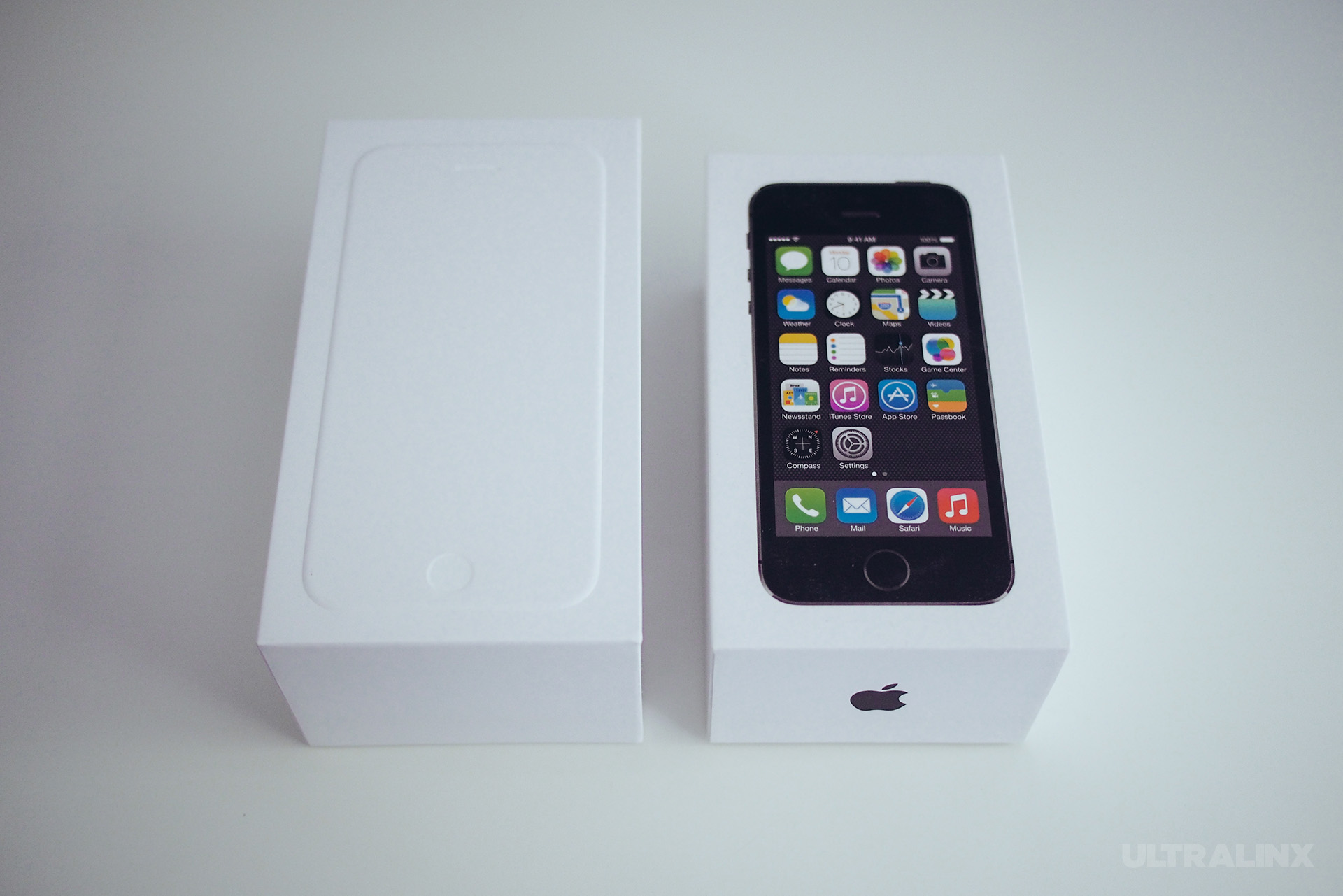 The first thing I noticed when picking it up is how light it feels. With it being larger you expect it to weigh much more.

As expected it feels sublime. The glass meets the aluminum sides and back flawlessly. The rounded edges and corners make it feel much thinner than you expect, it’s a neat trick. The aluminium finish is stunning, unfortunately the plastic bits which are used for the antenna ruin it, they’re ugly.

I personally love the slate colour from the iPhone 5 and the quality finish from the iPhone 5S, I think it was the best ever looking iPhone. The 5S felt like a jewel when you held it, it looked stunning and felt amazing, the iPhone 6 just doesn’t feel or look the same. 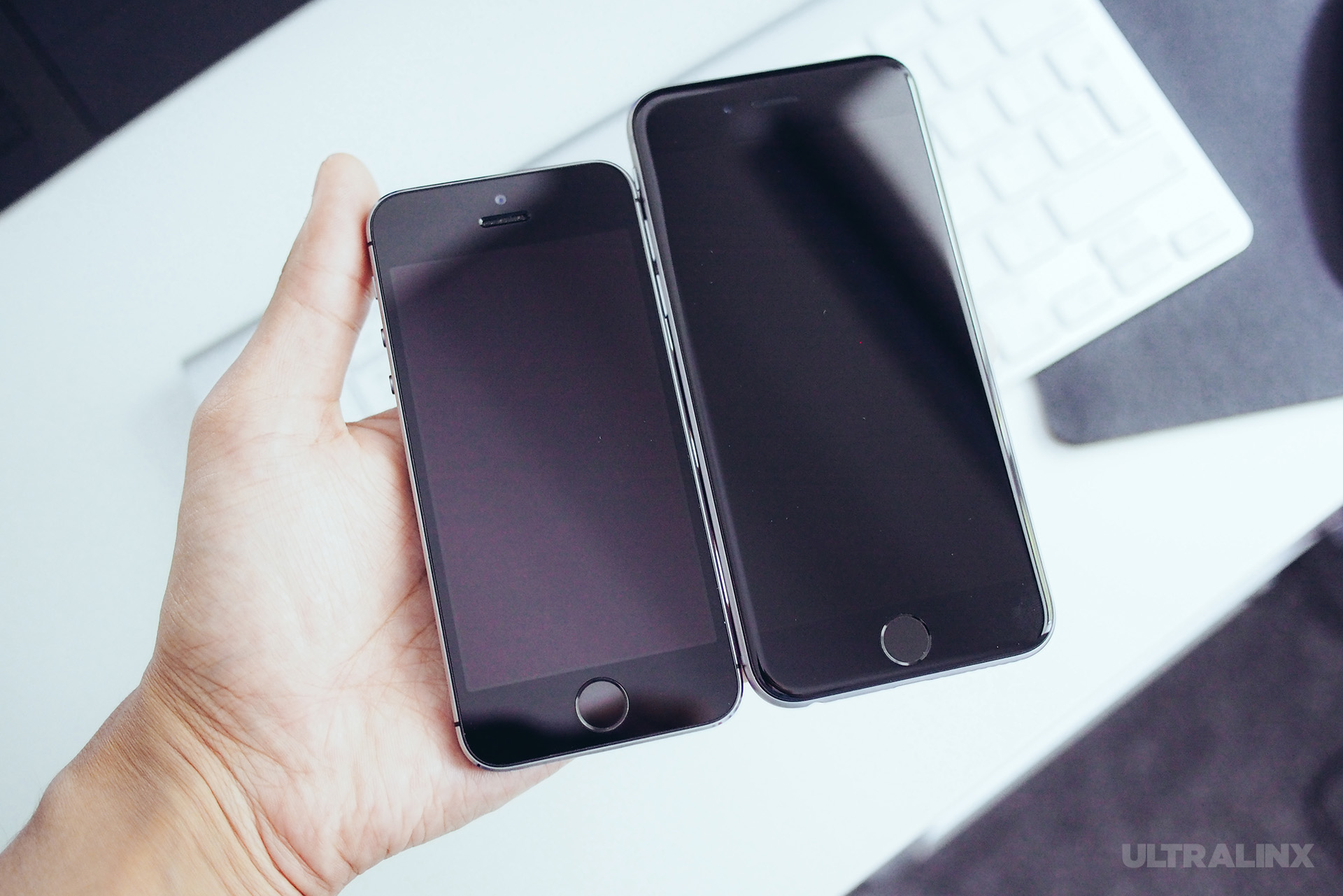 Even though the device is clean in terms of the hardware, the protruding camera lens is odd. Sure other devices have protruding camera lenses but I think most will agree with me in that I wouldn’t have minded it being thicker to have a flat finish on the back. Though it’s not an issue for me anyway as my iPhone 6 almost always sits in its case. 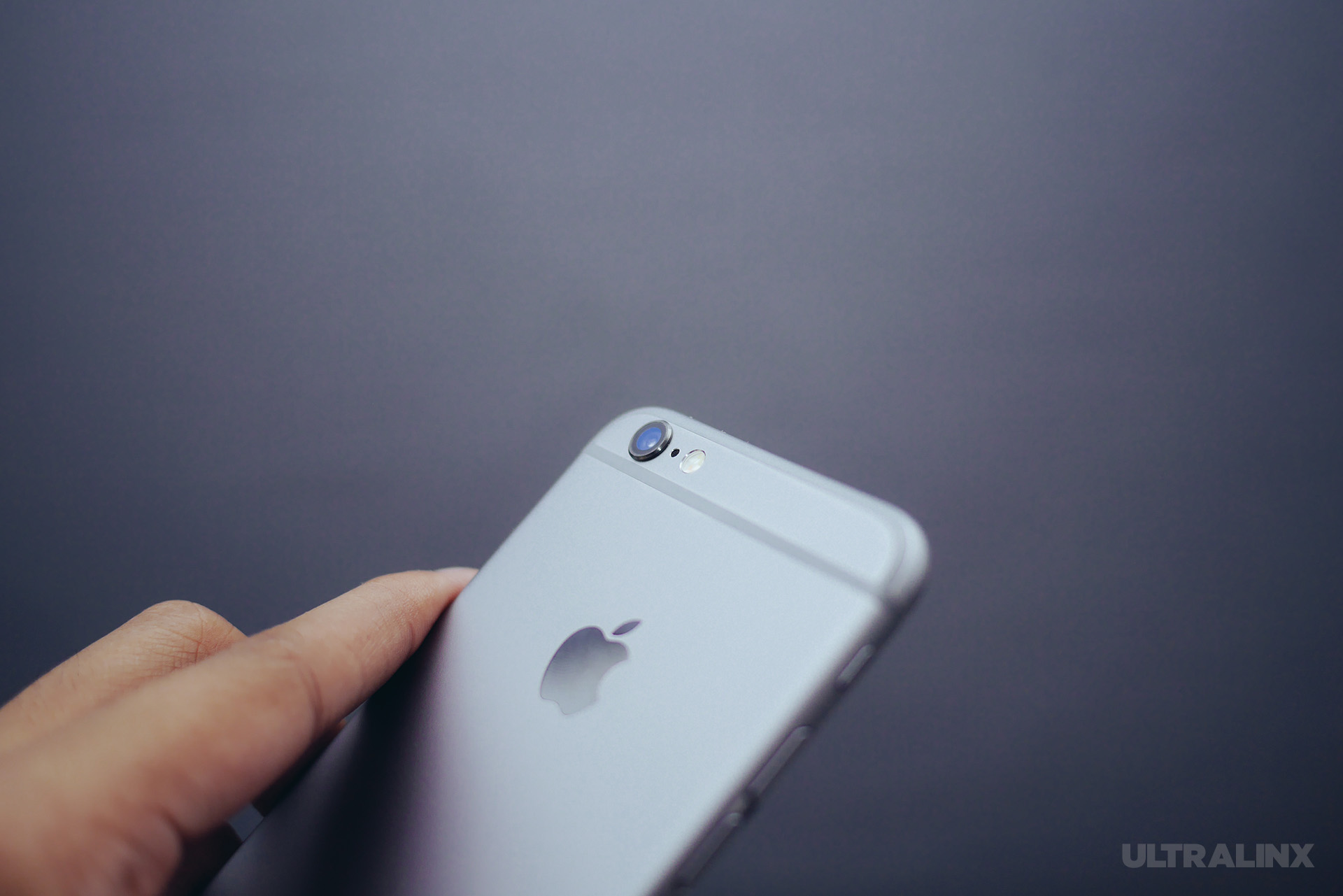 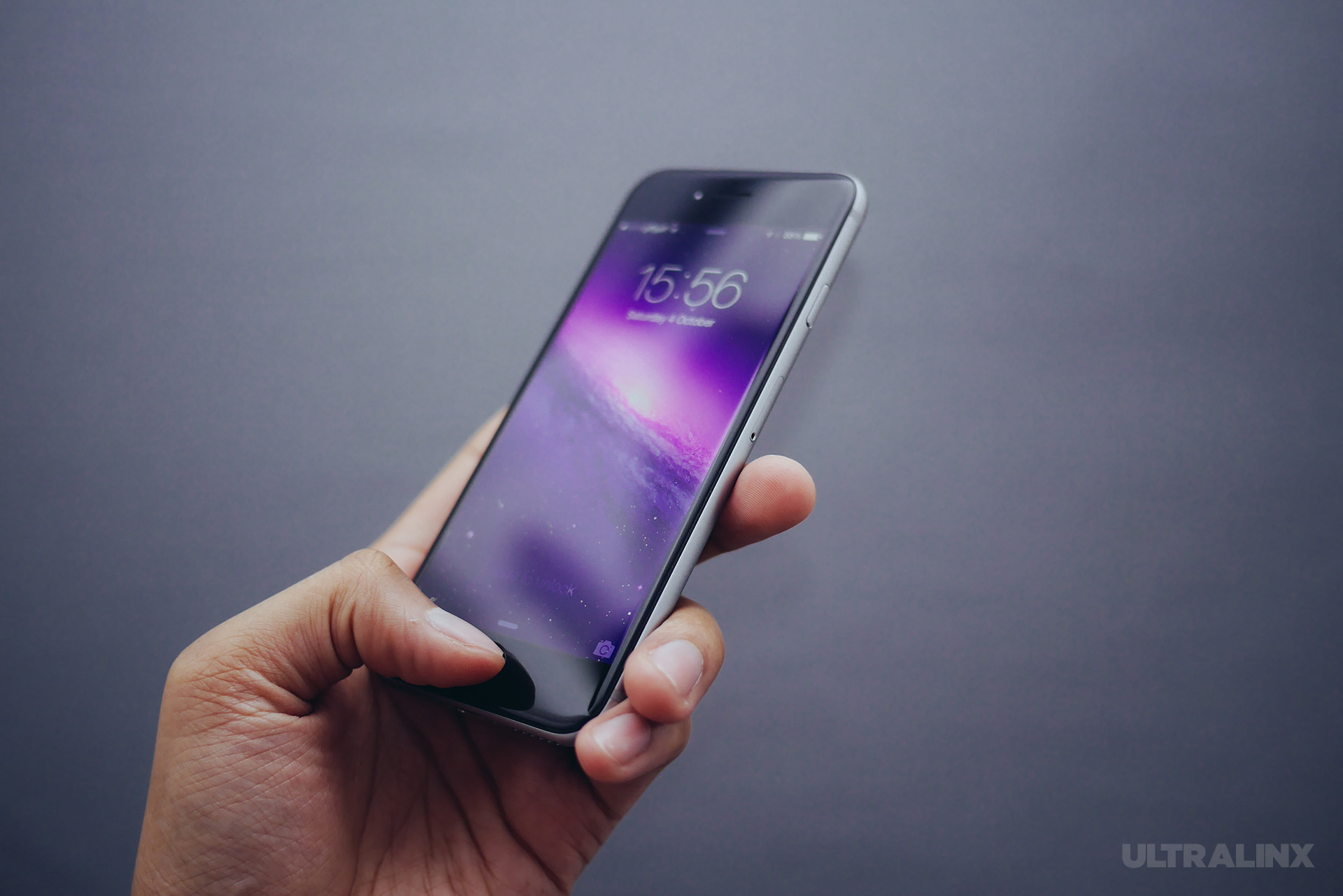 The screen this year is better than ever. It sits so close to the glass it’s nearly impossible to see the gap between the glass and the screen. It’s also more natural looking in colour and is very bright outside, makes using it in sunlight so much easier. There are also of course more pixels and it’s noticeably larger. The larger screen actually makes me want to use my iPhone more for things like going through Twitter and Reddit.

There is a new A8 chip in the device and it’s not a massive spec bump compared to the A7 but you can definitely tell the difference. Apps seem to load quicker, pages in Safari are really snappy and just overall speed has gone up.

I still think iOS 8 is ugly. Sure flat design is the way forward but not in the way Apple have done it for iOS. Android’s Material design is how flat design should be done. I find Android a better looking OS overall. The two mobile OS’ seem to be opposite now though – iOS 8 is ugly but apps from the App store are stunning, Android is beautiful but many Android apps from the Play Store are hideous. My ideal OS would be Android design with iOS apps. 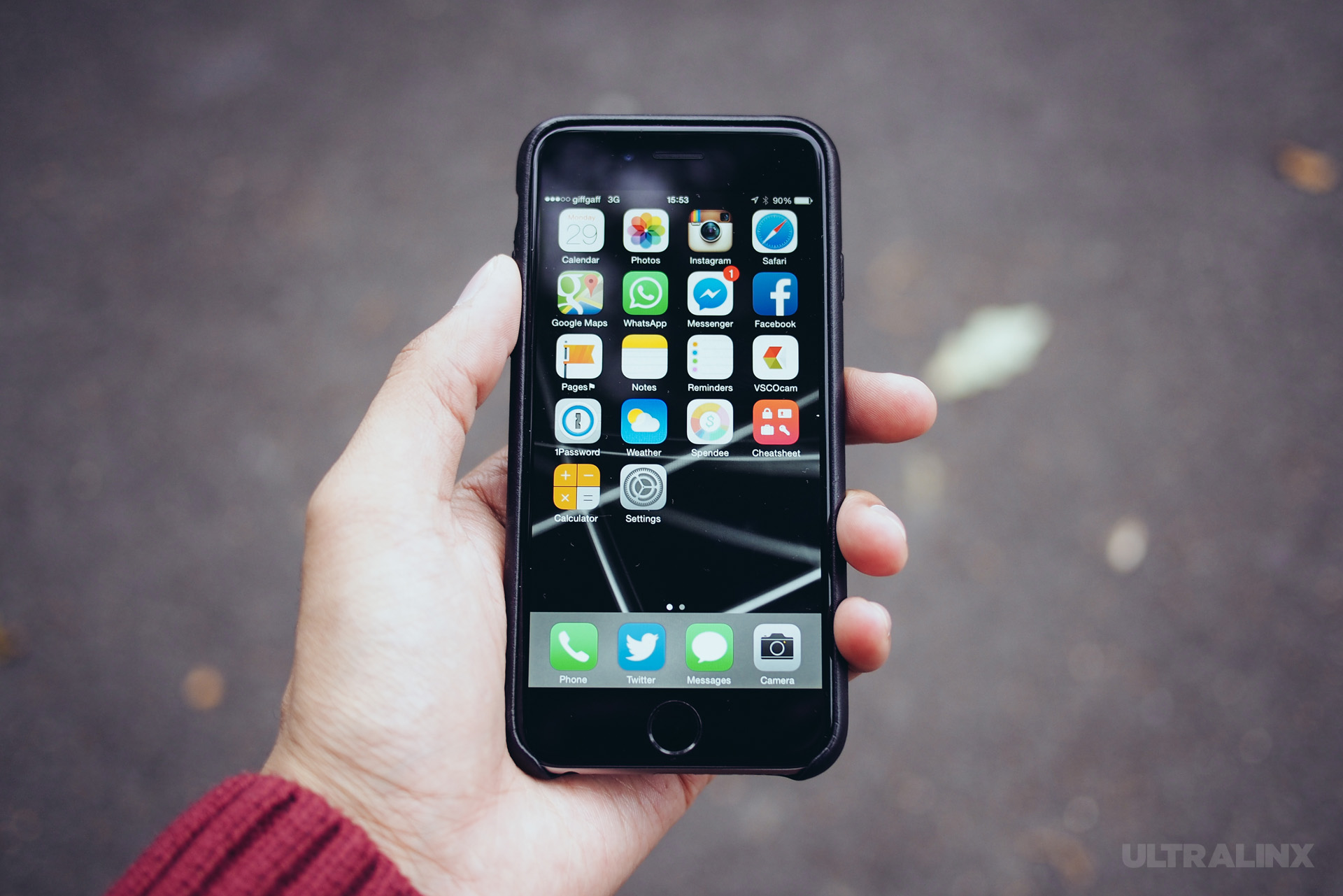 iOS 8 does fix many annoying issues from iOS 7, which felt like it was half baked. It’s now much more refined and offers some little updates here and there, nothing revolutionary though.

I never had an issue with battery life on my 5S but the 6 blows it out of the water. The 6 has an awesome battery and I’m easily able to get through a day with it, easily two if used lightly. But for those who use their device a lot for media consumption and browsing, you’ll be much better off with the 6 Plus. 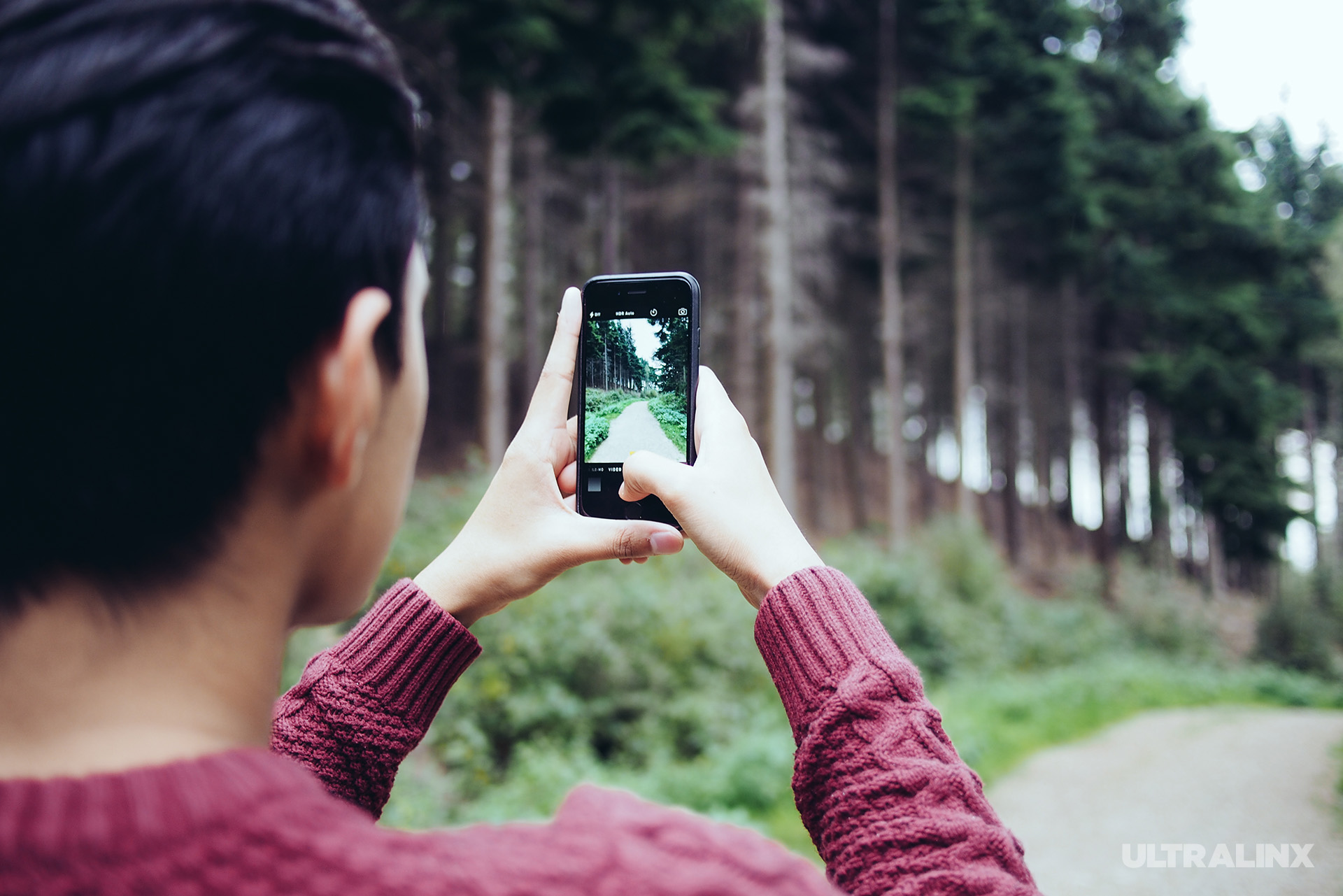 Every year Apple seem to be upping their game in the camera department. Even though the iPhone camera doesn’t have a huge sensor or lots of megapixels, the 6’s camera blows so much of the competition out of the water when it comes to sharpness, white balance and usability. Loading up the camera is and taking a picture is now much faster due to that auto focus. The focus on this thing is crazy. It’s so fast that it could easily beat some professional cameras.

I’m a case person so I love to keep cases on my devices to protect them. I went for Apple’s black leather case because I was impressed by them last year on the iPhone 5S. As expected the quality is just as good as last year’s. The case is actually thinner than the one for the iPhone 5/5S. The bottom of it is now cut out unlike last year’s, making it easier to dock if you need to. 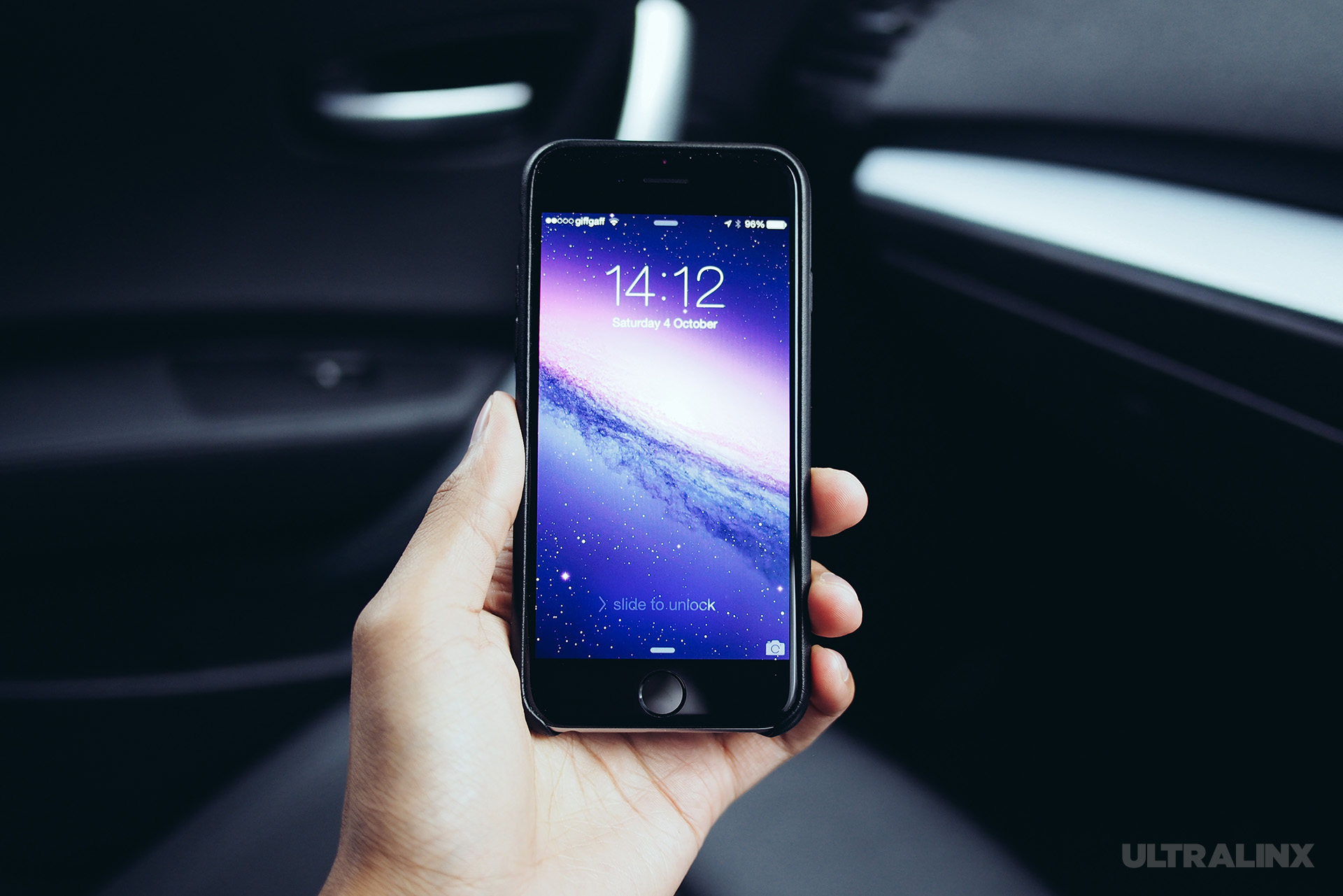 After two weeks of use I’ve got to say I love my iPhone 6. There are a combination of things that make me stay with the iPhone, those include the hardware, camera, apps (especially iMessage) and the integration with other Apple devices such as the iPad and iMac. Apple have proven that having powerful CPU’s and large amounts of RAM aren’t what is going to sell a device, instead it’s the overall experience – the unity between hardware and software.