This review was originally published on UltraLinx on September 7, 2015. 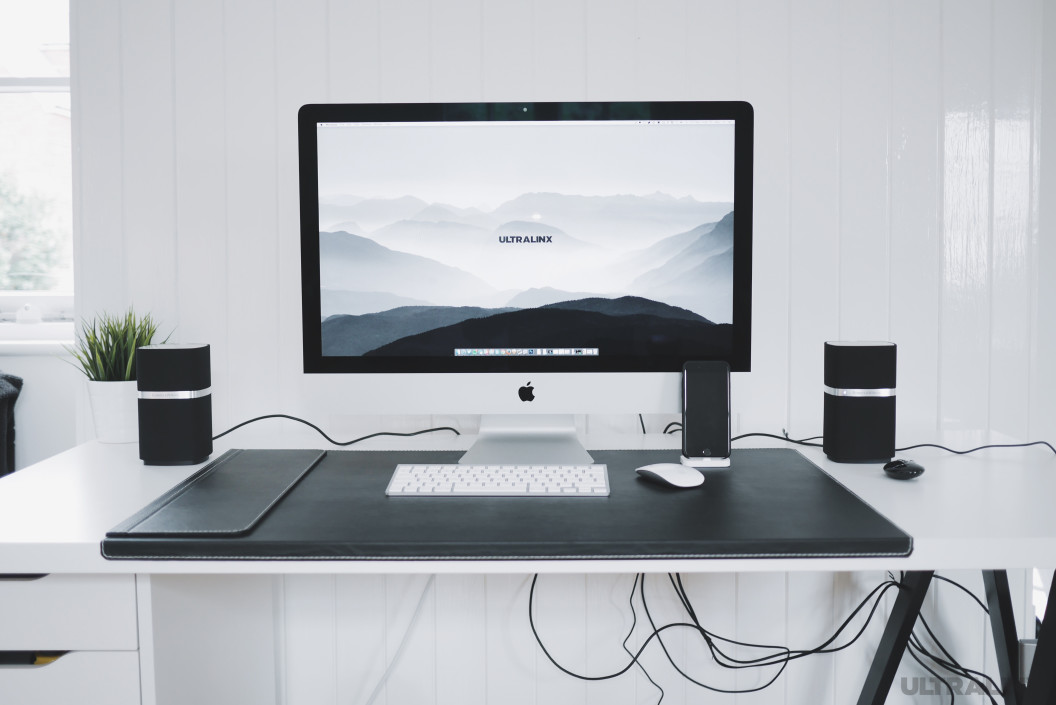 Bowers & Wilkins have become a much respected brand when it comes to premium audio products. I had never heard of them before seeing one of their very interesting looking docks in the Apple Store. Using their dock a few years ago gave me a taste of what premium audio sounded like. I was impressed.

For the past four years I’ve been using the trusty Harman Kardon Soundsticks III. Love them or hate them, for £100 they have some of the best audio for desktop speakers. I was blown away by how clear the sound was coming from such small drivers. And the subwoofer filled out the lows impeccably.

I now have my own studio (you can see some of it on Instagram) which I work from in the day so I was on the hunt for a new set of premium speakers under the £500 mark. I wanted to up the game a little and find something even better than the Harman Kardon Soundsticks. Of course one of the main contenders were the Bowers & Wilkins MM-1s.

Undeniably they’re one of the best looking set of speakers for a desktop setup, they’re designed specially for that use case.

They have a really nice weight to them and are wrapped in a black cloth material which is really soft to touch but it attracts a lot of dust, even dead skin off of your fingers. These speakers are meant to be put in place and never touched. 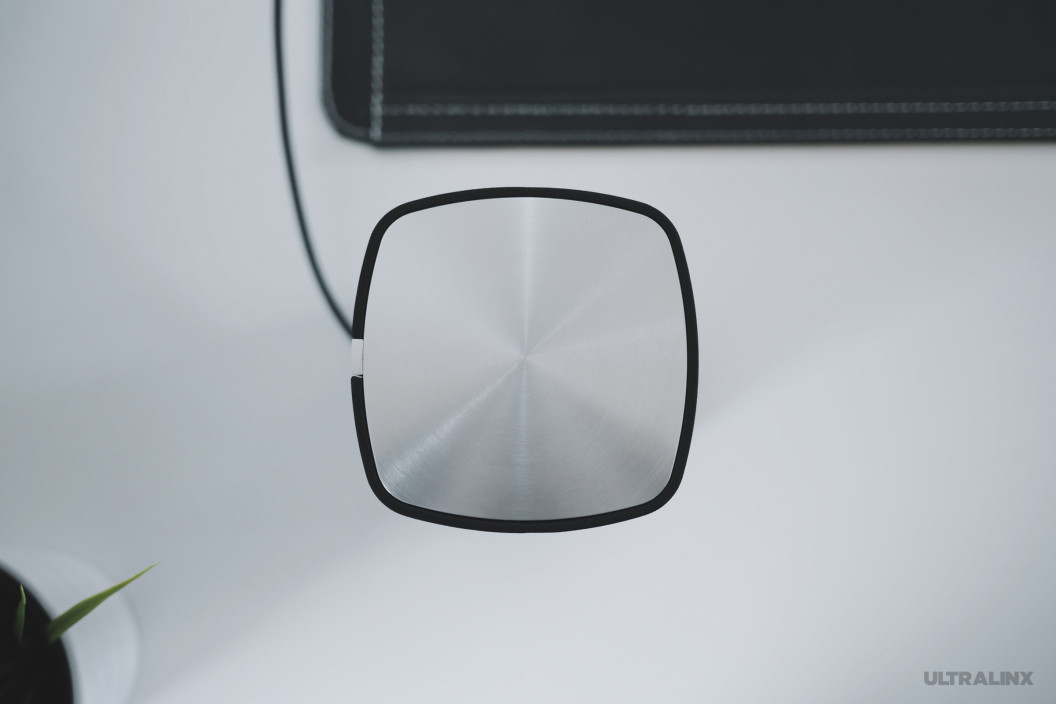 The top of the speakers feature a spiral aluminium finish which is cold to touch but is absolutely fantastic looking. 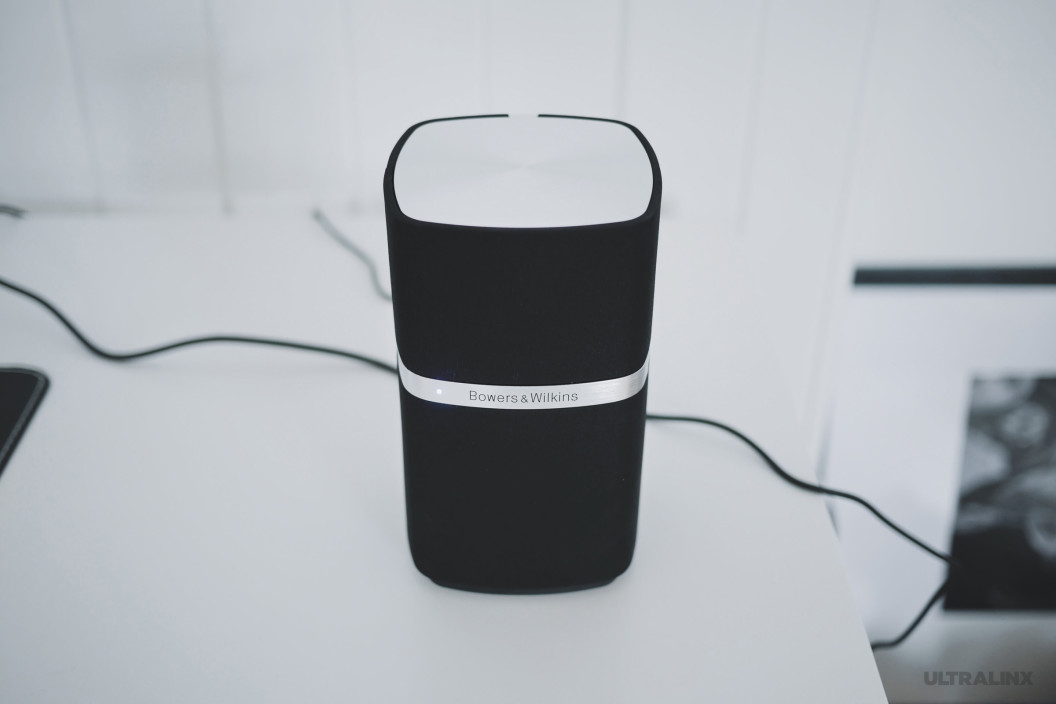 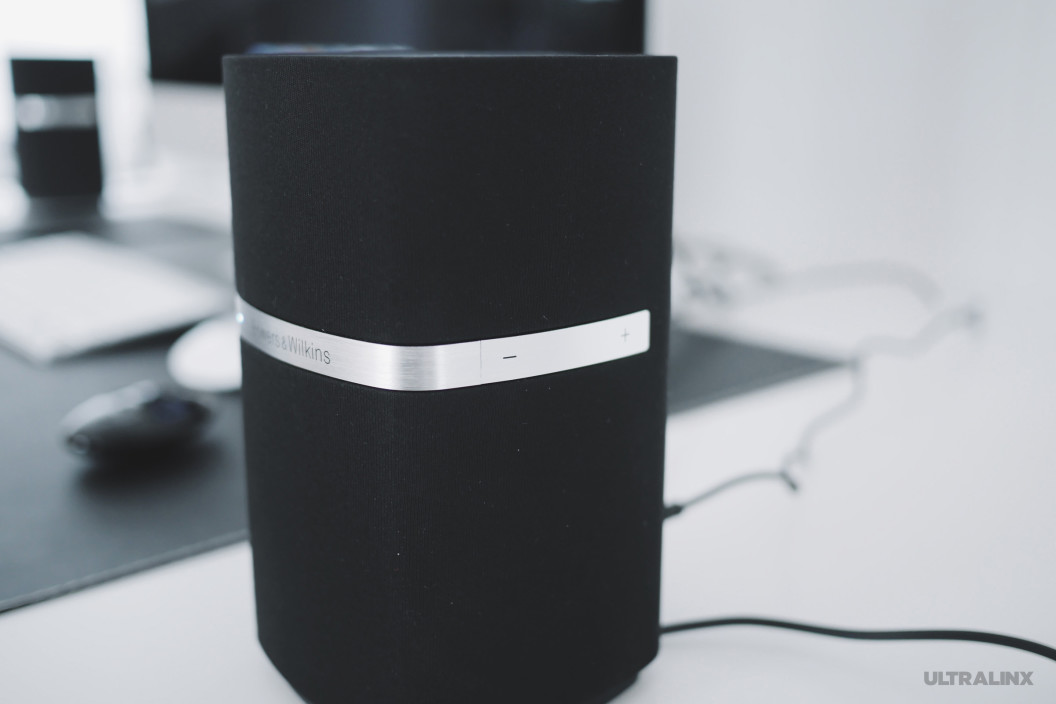 Round the middle it is wrapped in an aluminium but only the right speaker, which is the slave unit, encases the on/off and volume up/down buttons. The buttons are really nice to click and give good feedback. 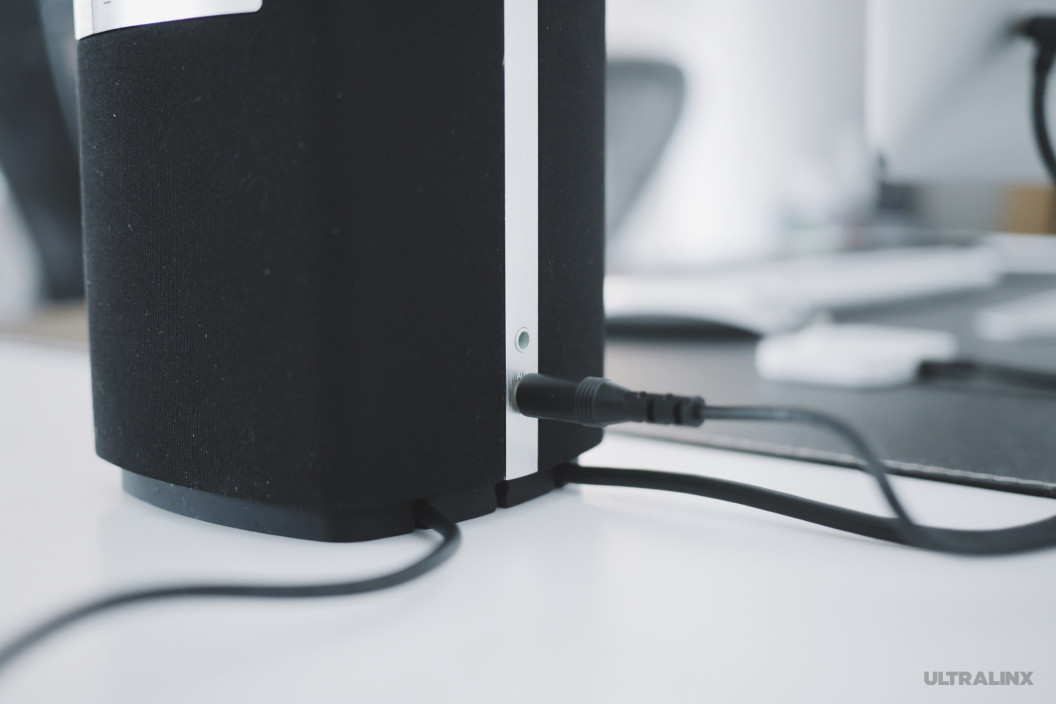 The back of the slave unit has 3.5mm inputs for AUX and headphones. 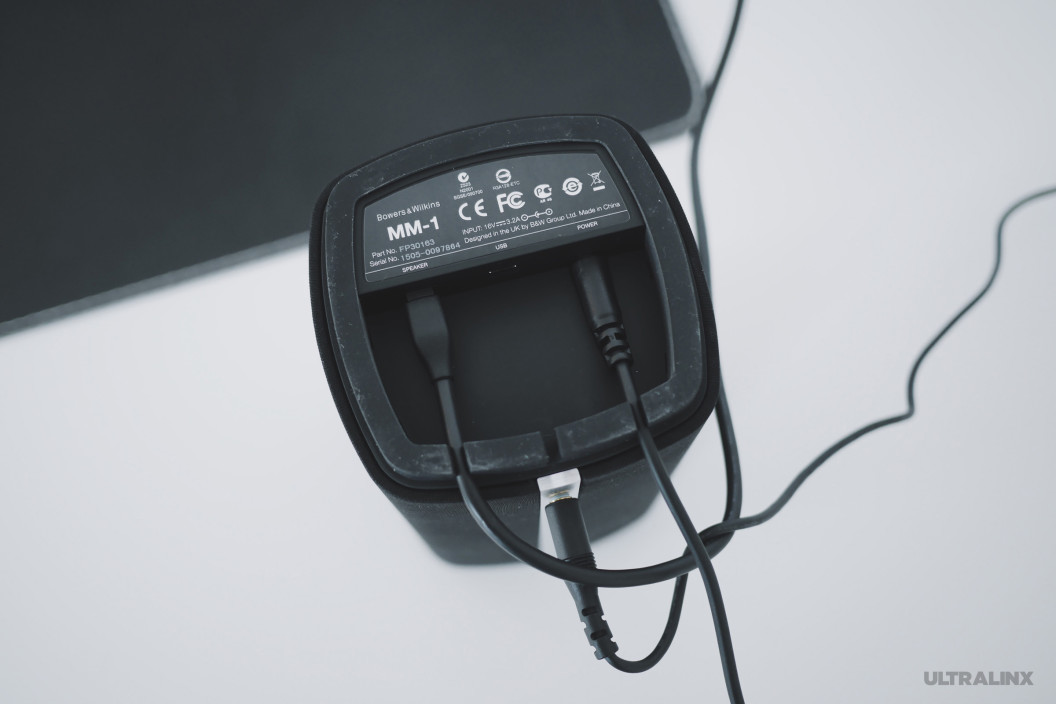 The bottom of the unit has the connection for the left speaker, USB input for high quality audio and the power cable. The bottom of both speakers have a rubber base so they don’t slide around all over the place, but as you can see it attracts dust. 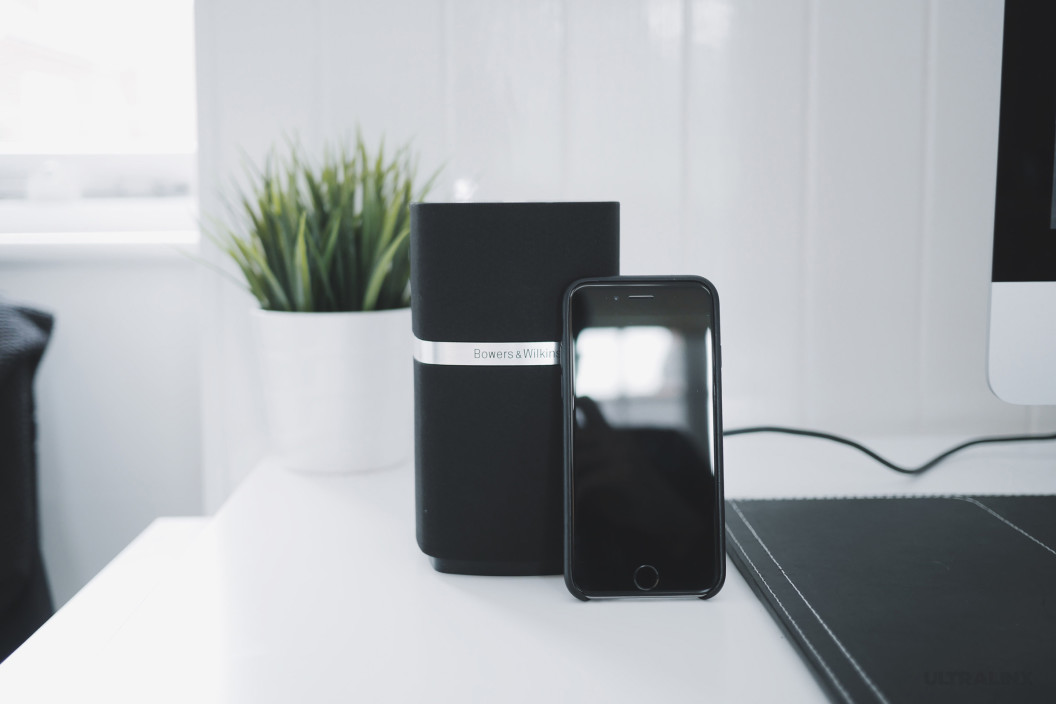 The units themselves are pretty compact. Above is an iPhone 6 sitting up against one to give you an idea of size.

In each unit are two drivers – one for bass and mid-range and one for the highs. 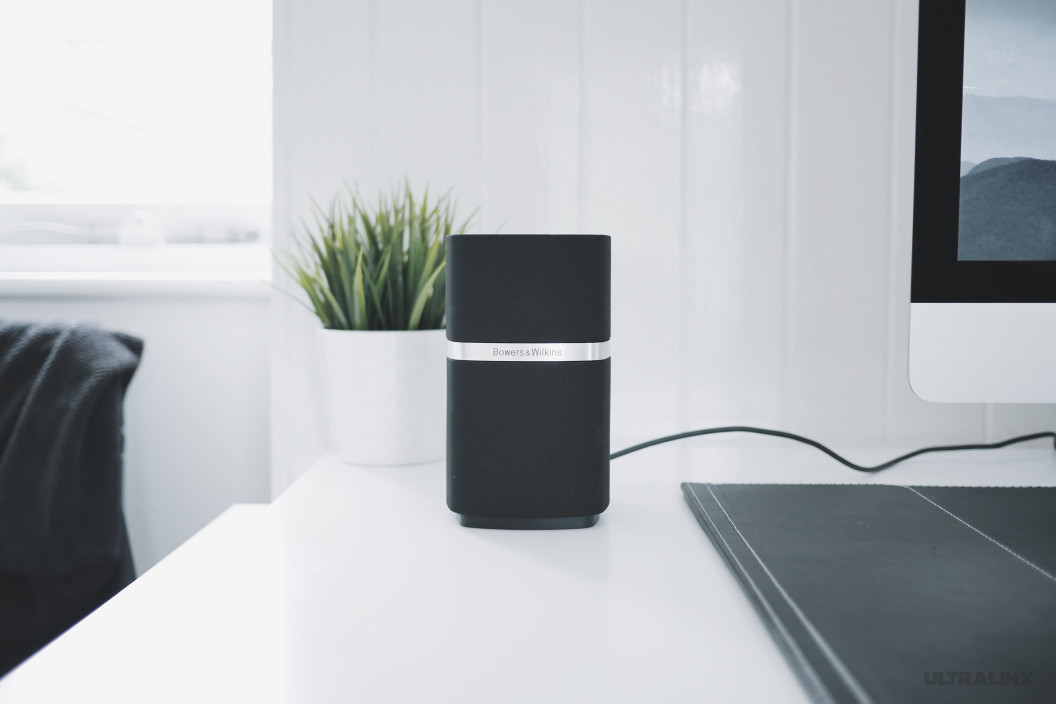 Now onto the audio experience itself. The MM-1’s just aren’t worth the £400 price tag to me. The highs are great but the lows are just awful because the driver is so small. There is no dedicated separate subwoofer.

The MM-1’s are very accurate though and with the USB connection and some high bit rate audio files you can definitely tell the difference. But I feel as though you’re only really experiencing the mids and highs. The lows are non-existent. 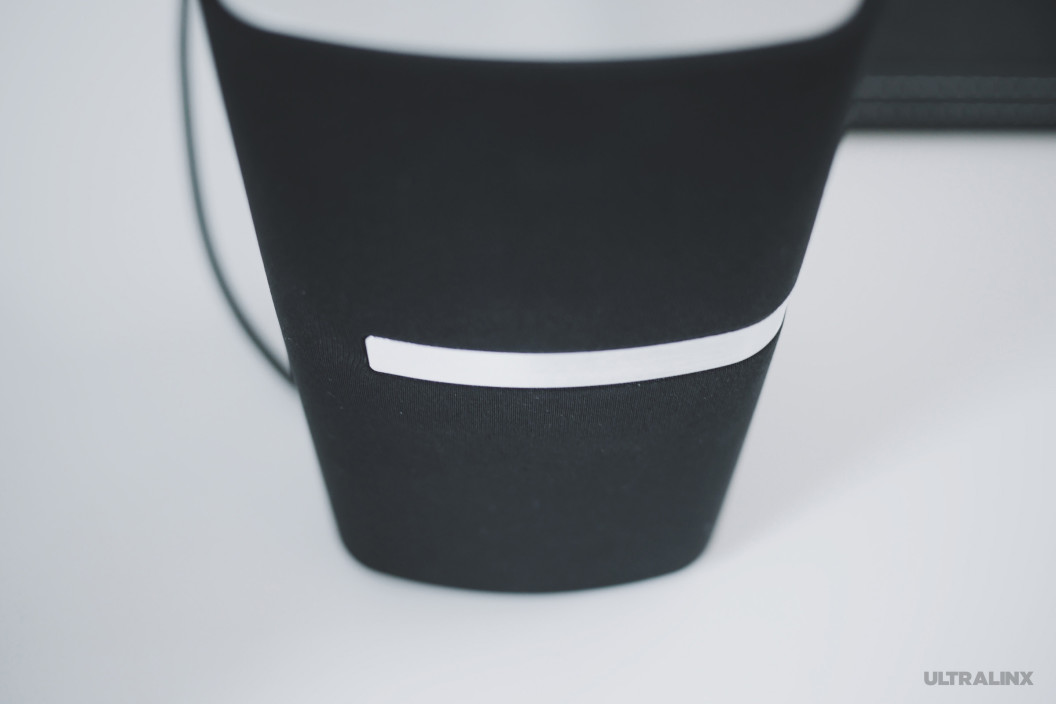 These speakers seem to target a very small niche of people – those who want to listen to music on a low volume but want to appreciate all the details too. They’re not really room filling and aren’t great for casual listening. You also need to sit at your desk and have them around half a meter away from you to get the best experience.

I’ve become used to experiencing a dedicated subwoofer that going to a setup that doesn’t have one makes the music soulless. It may also be down to my preference in music which is bias to hop hop, rap and R&B. If you’re into those genres then stay away from these speakers.